During the Age of Piracy when Caribbean pirates were most rampant, almost the whole Caribbean became the paradise of piracy. In this region, countless tiny islands of good geographical conditions became natural havens for pirates. That is also what made Port Royal and Nassau pirate cities.

In terms of the fame in the history of piracy, Nassau of the Bahamas is not inferior to Port Royal of Jamaica. The island of New Providence where Nassau is located, is not the largest island in the Bahamas, but its excellent port conditions make it the geopolitical center of the whole islands. The difference between two pirate cities is: Port Royal was “state-run”, accordingly the pirates assembled here were “royal pirates”; while Nassau pirates earned their fame with the non-government identities. 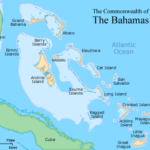 There was a saying in the Caribbean: when a pirate is sleeping, his sweet dream is not about going to the paradise after his death, but returning to his favorite Nassau port one day. Nassau is located in the Bahamas. It used to be a shabby town even without real houses. But the port in Nassau can berth ships in all weathers; therefore it was the best hide-out for pirates and looters. In 1670, Nassau was founded as a commercial port, but it was soon taken by those lawless pirates. Over the years, Nassau had been a stronghold for pirates, looters and shipwrecked sailors, who in return made Nassau notorious.

Pirates often forged “lighthouses” on the bluffs, led ships to strike a reef, and then plundered the cargos. Those pirates stayed here for nearly 40 years and had looted a large number of Spanish ships. Out of revenge the Spanish navy destroyed Nassau city in 1695. Two years later, some residents began to rebuild Nassau with the intention of transforming it into the capital of privateers. After that, as English privateers constantly plundered French and Spanish merchant ships, a French-Spanish joint fleet flattened Nassau in 1703.

This was another catastrophe for this small city. Along the sea routes near Nassau there were often merchant ships which were loaded with cargos and sailing slowly. Such highly profitable targets made it hard for pirates to resist the temptation of looting them.

Thus, pirates soon rebuilt Nassau and made it a paradise of pirates again. The pirate group here did not disappear until English government sent Woodes Rogers to the Bahamas to suppress piracy in 1725.

As a matter of fact, there was an island city in the Caribbean which was better known than Nassau, the Port Royal. In the mid-17th century, the golden era of piracy, English established a stronghold in Jamaica and named it Port Royal. In 1670, in accordance with the Treaty of Madrid, Jamaica was officially ceded to England. The English government designated Port Royal as the base of pirates. Since then, Port Royal had been the biggest staging area of pirate fleets in the history.

Where is Port Royal？

Port Royal played an unofficial role as the capital of pirates, despite the fact that it was the capital of Jamaica. In this port city, the wealth robbed by pirates was piled up here like mountains; sometimes the pirate ships full of spoils could not even get their turns to unload and had to wait in the harbor. All of the businessmen here knew an unwritten rule: never asking the origin of merchandises, nor taking about their former owners. They knew these merchandises were filthy lucre but never turned them down. 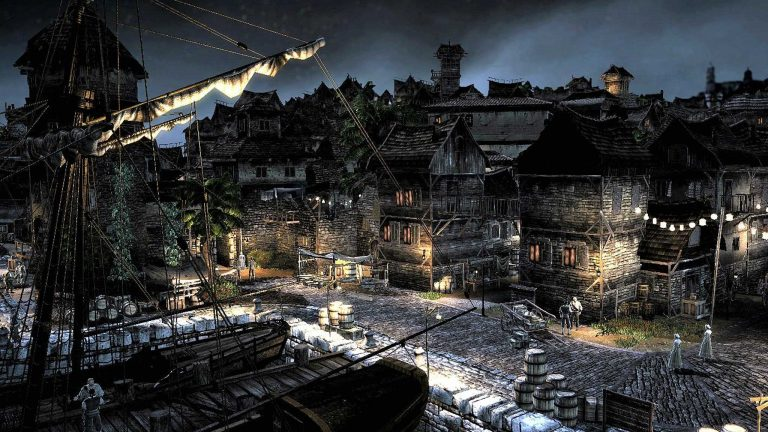 This was the most evil and depraved city in the human history. Although there were only a few tens of thousands of people lived here (about 6500 pirates among them), but the life here was much more Luxurious than that in London and Paris at that time. There was no industry in the city, but people could enjoy the most luxurious material life. Silks from China, spices from Indonesia, industrial products from England, you could find almost everything here. Of course, what you could see most frequently was gold, silver and jewelries.

Port Royal became the paradise of pirates, all sorts of people came here with the same intention of make a killing. There were Dutch, English, French, German, Scandinavian, Spanish, Portuguese, Irish, African and mulatto, you name it. They ran hotels, warehouses, restaurants, inns and brothels where the pirates could satisfy their desires of squandering.

But the good times did not last long, Port Royal sank into the water in an earthquake of 1692 and was never seen again. After this disaster, Kingston, the capital of Jamaica today, was built at where Port Royal was located before.