The basic necessities of ancient pirates are much cared for by their modern fans. In the vast ocean, how did these outlaws spend the days and nights? And did they have any hobbies other than marauding? People are always interested in such things. Alcohol was of great importance in the leisure lives of pirates. After all, drinking helps to communicate better. 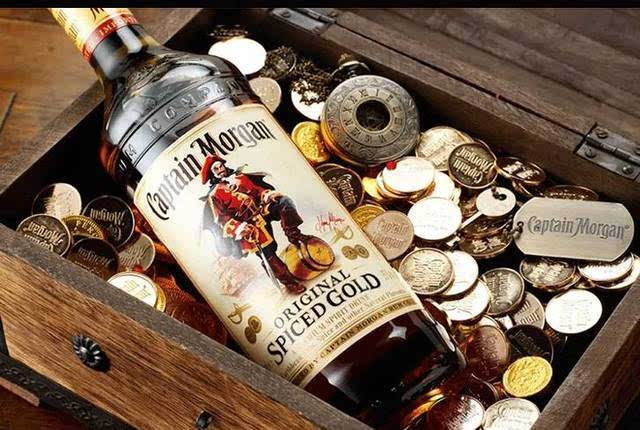 what do pirates drink？Among the Western pirates like Vikings and Caribbean pirates, there were three widely favored alcoholic beverages.

The Caribbean was celebrated for its rum, and therefore this unique-tasted wine was local pirates’ favourite. Rum originated in Cuba. The winemakers filled the white oak barrels with liquor made from cane molasses, after years of brewing they made the rum. Rum has a unique and unparalleled taste, and therefore becomes popular around the world. However, it is a little bit strong, and people might easily get drunk when drinking it. It is best to mix it with fruits, ice cubes and other spirits, which bring it a special flavor. What the Western pirates mostly drank was “Bumboo”— a mixed alcoholic beverage made of rum, water, sugar and nutmegs, rum was obviously the key ingredient.

Mead was an important alcoholic beverage in the Viking society. It was once the national tipple of Nordic countries, and also a symbol of social identity and status at that time. In the most recipes that we have found, the ratios of honey and water all indicate that the mead is a sweet wine while its ABV (alcohol by volume) is 12%. According to the Viking folktales, the Norse god Odin obtained strength after he drank mead when he was a child. And if a warrior was killed in action, he would get a glass of mead as his reward when he was brought to the Valhalla. In conclusion, mead was undoubtedly an important beverage for Vikings.

Mead helped the Vikings to stay healthy and prevent epidemics. It has such effects as it is fundamentally made of honey. Since honey has antibacterial effects and also helps in treating medical illnesses, it has been used in natural therapies since thousands of years ago. On the other hand, mead is made of fermented honey. During fermentation, the amount of lactobacillus (which has medical effects) per gram of honey will increase from 100 million to 100 billion. As a result, mead can be used as antibiotics. Thanks to it, the Vikings fought off infections and dieases, finally became valiant warriors.

Once upon a time, there was a Viking king who took Christmas very seriously. His people were compelled to drink ale every day; otherwise punishments would be given. Ale is made from wheat, barley, yeast and some other secret ingredients. Its difference from the beer lies in the special yeast, which brought it a distinctive taste during fermentation. Under the harsh and dangerous circumstances that even a mouthful of water kills people, a cup of warm ale, no matter the bitter ale, brown ale or the pale ale, is definitely the ideal beverage for the pirates .

Today, all the beverages mentioned above can still be found in the market. So why don’t you give it a go if you have never tried them.