Barbary pirates are the Muslim pirate group active between 16th and 19th century. Why did they become notorious? Because they were bloodthirsty and they invloved in the century-lasting slave trade of European people.

How did Barbary pirates come into being? In 1492, the Catholic states in Northern Spain defeated the last Islamic emirate in the South, Granada, and unified the whole country. As a result, the Moors who invaded and conquered Iberia for over 700 years were driven back to North Africa. Once the Moors returned to North Africa, they had to live extremely hard life. Around 1500, two Turkish pirate leaders (Oruç Reis and Hizir Reis) came to Algiers, the capital of Algeria. They recruited local Moors and established their own pirate group. 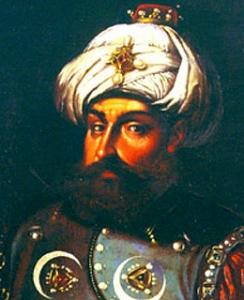 They were originally based in Morocco and the ports along the Barbary Coast such as Algiers, Tunis and Tripoli, therefore they were called the Barbary pirates. At first, Barbary pirates were only active in the Western Mediterranean, later they expanded southwards to West Afria coast and South America, and northwards to Iceland.

Besides robbing ships, they constantly attacked towns and villages along the European coast. They slaughtered and kidnapped Christians as “white slaves”, traded them to North Africa and Middle East in Ottoman and Arabic slave markets. Once a gang of Barbary pirates raided Southern Italy. They beheaded over 5000 civilians and kidnapped another 6000 for slave trade.

Barbary pirates’ confrontation with Christians drew the attention of the Ottoman Empire. With the intention of using them as a springboard to Europe, Selim I, the Sultan of Ottoman Empire at that time, provided these pirates with weapons and supplies, and helped them to eastablish a fleet. Normal military training was also provided to make these pirates better fighters. Therefore, Barbary pirates are also called the Ottoman pirates or Ottoman corsairs.

Later the Barbary pirates founded the Barbary States, an autonomous province which paid taxes to the Ottoman Empire. Its ruler called himself Pasha (which means governor or general). And not only that, Barbary pirates often fought beneath Ottoman banner, and even defeated navies of Spain and the Holy Alliance. Thus they became dominant in the Mediterranean.

With this dominance, they unscrupulously plundered ships on the Mediterranean in the light of day, detained sailors and passengers for ransom. Fed up with the constant harassments, European countries compromised in order to protect their commercial interests. They paid protection fee to Barbary pirates annually, because this was easier and less-costing compared to supressing them. Great powers like England, France and the United States also had to pay for their safeness. Denmark even offered these pirates weapons as tributes. 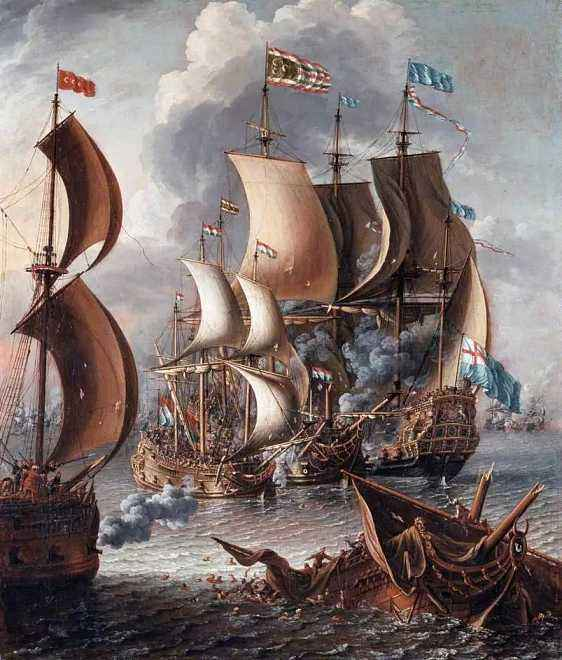 In the meantime, under the constant harassments by Barbary pirates, civilians of coastal towns and villages in countries like Spain and Italy moved inland. They did not return until the late 19th century. From the late 17th centuries, European navies became increasingly stronger. They began to expel Barbary pirates along the coast of North Africa, resulting in the decrease of pirate activities. England and France even refused to pay protection fees.

How did the Barbary Pirates disappear?

However, those coastal areas and ships without the protection from navies were still frequently harassed by Barbary pirates. As England and France refused to pay their protection fees any longer, Barbary pirates raised the fees of other countries, which included the United States. But as an emerging nation, the United States was enraged. Facing the query of American envoy, the representative of Barbary States replied: “All the countries which do not acknowledge the Prophet are sinned, the faithful servants of the Prophet are entitled to plunder and enslave them”. They also demanded a tribute of 225 thousand US dollars from the United States government, otherwise a war would be declared.

The United States government rejected the conditions of Barbary States. In the May of 1801, Barbary pirates chopped down the Stars and Stripes flag in front of the US consulate, a war was about to start. Had ran out of patience, President Thomas Jefferson started two Barbary wars on these pirates. The US navy made expiditions to Mediterranean and inflicted heavy losses on Barbary pirates. Following the Congress of Vienna, European powers began to jointly combat Barbary pirates, and remarkable effect was obtained. In 1830, France conquered Algiers, the Barbary pirates lost their last stronghold and was completely eliminated.

That is the ending of this Muslim pirate group which has ravaged for over 300 years. According to the statistics, between 16th and 19th century, Barbary pirates captured about 1.1 million Europeans (between 800 thousand and 1.25 million in other theories).