In the early phase of the 1st century BC, there was a state founded by pirates in the Mediterranean. These pirates who called themselves Cilicians, comprised of retired mercenaries from Crete, exiled citizens from Italy, Spain and Asia, and defeated remnant soldiers in the Roman civil wars. But such a group of pirates and mobs succeeded in founding an institution similar to a state, and making the proud Roman who described the Mediterranean as “our ocean” suffer.

The once Roman provinces

There was a Roman military post in Cilicia as early as 102 BC. But at that time Romans had a casual attitude towards the East, and one military post was not enough to defend the whole coastline. The Seleucid Empire nominally had the sovereignty over Cilicia, later it was taken by Armenians, but Tigranes II, the then king of Armenia, was not interested in ocean. Thus this mountainous land became the paradise of pirates. The pirates built fortresses on the mountains, and the local forests provided them the best materials for shipbuilding. Many nearby city-states signed trade agreements with Cilician pirates; some of them even provided shipbuilding sites for pirates. They plundered coastal areas as far as Spain, took themselves to be an independent state, and deemed what they robbed in plunders as spoils of war instead of booties. They allied with Mithridates VI of Pontus, the enemy of Roman Republic, and unscrupulously attacked Roman fleets.

The Romans struck back 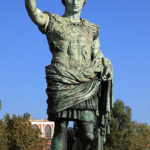 The Romans finally took actions on these pirates. In 79 BC, the Senate decided to send a consul named Servilius to eliminate pirates. This consul destroyed the dens of pirates along the coast of southern Asia Minor, killed the king of pirates, and later smashed Illyrians; thus won the title “the Illyrian sweeper”. He expanded the Roman territory by bringing many pirate cities into the Cilicia province, and also captured a large number of pirates and their ships. The pirates were compelled to relocate their base from Cilicia to Crete Island. However, the pirates still pillaged out there. Italy, the core territory of Roman Republic, was also under the threat of piracy. Even Caesar, the famous dictator of Roman Republic, had been kidnapped by pirates and held prisoner till the ransom was paid.

The carnival of pirates

In 74 BC, the Senate ordered an admiral to eliminate pirates. Vice consul Marcus Antonius was appointed, but he could not compare with Servilius. The pirates even attacked Antonius’ villa and took prisoner of his sister before he made any progress. Antonius won minor victory in Campania and captured many pirate ships. Later he battled with Cretans, but this time the result was catastrophic, and Cretan general Lasthenes and Panares won the full victory. The iron chains Antonius pre-prepared for chaining pirates was finally used on himself. 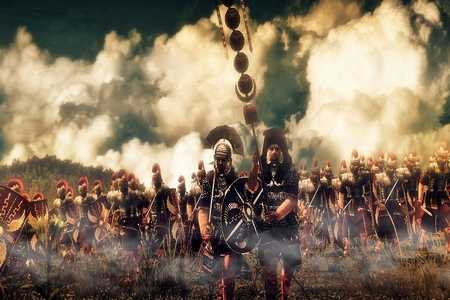 In 72 BC, the Roman attack on another pirate leader Heraklion also failed. The pirates brazenly sailed into the port of Syracuse, two years later their accomplices even landed and settled down here for some time. During this period, pirates harassed almost all the Italian ports, and also resurged in Cilicia where had been conquered by Romans a few years ago. They landed in Ostia and took prisoners of the commander of Cilician Fleet and two consuls, even the fasces which symbolized a magistrate’s power and jurisdiction was also taken away. In 68 BC, the famous Roman general Lucius Caecilius Metellus subjugated and controlled Crete. Similar to Servilius, he won the honorable title of “the Conqueror of Crete”, but never suppressed the piracy. The pirates laughed at the hollow titles of Servilius and Metellus while continuing their evils. It is said the pirates had thousands of ships, and the Eastern Mediterranean was totally dominated by them.

The uproar in Rome city

From 68 BC to the winter of 67 BC, the piracy reached a climax and so did the uproar in Rome city. The food supply of Italy heavily depended on import, and Romans had three granaries: Sicily, Africa Proconsularis and Egypt, among them Egypt was the most depended one. In this year, the food supply line from Egypt to Italy was cut off by rampant pirate activities, while there were poor harvests in Africa and Sicily. As a result, the food price in Rome city was soaring, which led to great dissatisfaction among citizens. Enraged people complained about the incapability of Senate, they wanted a hero to solve the piracy problem. The hero to the people in Rome was Pompey.

The downfall of “Pirate State” 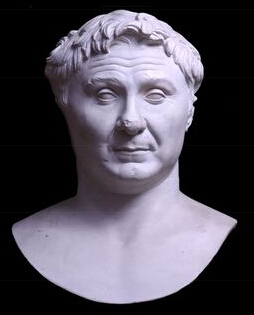 Pompey went on an expedition against pirates. He knew that pirates were widely dispersed, but he had a powerful force. Therefore, he divided the battle area into 13 war zones, appointed a deputy general to each war zone to search and chase pirates. The 13 war zones formed an encirclement around the “Pirate State”. Pompey also knew, the pirates’ biggest threat to Italy was that they had cut off the sea routes for food supply. Accordingly he concentrated on securing the supply lines in Sardinia, Sicily and Africa, so as to ensure the food supply to Italy. Within only 40 days, business activities returned to normal in the western Mediterranean where the pirates were weaker.

When the western Mediterranean was pacified, Pompey led 60 elite warships to the eastern Mediterranean. Different from his predecessors who tried to exterminate pirates, Pompey took placatory measures on pirates, especially those seamen who were captured by pirates. The results were very remarkable, and two pirate strongholds in Lycia surrendered without resistance. As a result of Pompey’s stick-and-carrot policy, only the pirate king in Cilicia determined to fight with him. But facing Pompey’s powerful force, this pirate king failed the decisive battle and also surrendered after Pompey offered merciful conditions.

That was the 49th day after Pompey went on his expedition. Since he took over the command, in three months he had killed more than ten thousand pirates, taken prisoners of more than twenty thousand pirates, destroyed 1300 pirate ships and captured another 400 ship. All the pirate armories were burnt down.Thus this “Pirate State” fell.

After the downfall of the “Pirate state”, Roman Republic regained their control over the Mediterranean; the marine trade was also restored. But minor man-trafficking activities remained, this is the problem which could not be solved by Pompey, even Caesar or Augustus in the future.

Under slavery system, slaves were the best labors. As low-cost slaves could be obtained through piracy, some Roman bigwigs secretly supported pirates. At the same time, many slaves who luckily escaped became pirates. Man-trafficking last another two millennia in the Mediterranean. The last slave ship was sunken by US navy in modern times.