The Vikings had begun invading Ireland since the late 8th century. As there was no unified nation in Ireland, the Celtic kingdoms on the island had to separately resist Vikings, enabling Vikings to gain tremendous benefits for a long period of time. The Vikings plundered wealth, conducted human trafficking, and finally founded a Viking kingdom in Ireland. 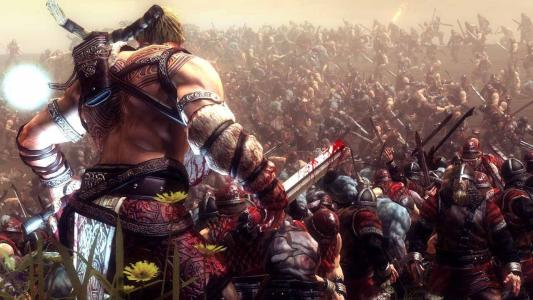 In the 9th century, Thorgest deployed his Viking fleet at river and along the coast, thus greatly weakened local resistance. A large number of warships were cruising on the sea, monks had many complains about this. Thorgest’s army was weakening the strength of local Irish kingdoms, while Thorgest himself was looking for an impregnable base for his plan. Thorgest set fire to the Clonfert-mulloe Monastery, later attacked the monastery of Clonmacnoise which was famous in the Europe for its seminary.

Thorgest’s atrocity led him to the doom

In 845, Máel Sechnaill, the king of Tara, captured Thorgest. This was a great inspiration to Irish people mentally and spiritually. As for how he did that, it remained a mystery. People only know that Máel Sechnaill captured Thorgest with stratagems instead of measures of war. People fastened stones to this abominable Viking and threw him into the lough.

Norwegians were the earliest plunderers here, but later more and more Danes came. Tension grew between the two ethnic groups. There was no more person who received respect from both ethnic groups after the death of Thorgest. As a result, a civil war broke out for the control over Dublin in 850.

What are the black foreigner and blonde foreigner?

Irish people was the main beneficiary of the war between the black-hair foreigners (black foreigners, Danes) and blonde-hair foreigners (blonde foreigners, Norwegians). In the first year of the war, the Danes broke through the city wall and looted Dublin. The Norwegians soon struke back and slaughtered a large number of Danes in a battle which lasted three days. And beyond that, there was the third ethnic group which joined the war and made the situation even worse. They were the hybrid through the intermarriage of Irish and Vikings, people called them “Gall-Goídil” or “foreigner-Gaels”. They would fight for the side which offered them better terms.

The counter-offensive of native Irish

The native Irish began to drove the internally-differentiated Vikings back to the coastal areas. The High King Máel Sechnaill defeated the Viking army invading other territories, and left 700 Viking corpses on the battlefield. In the same year, an ally of the High King took personers of a 200-men Viking troop, and executed them all. Máel Sechnaill even went to see the Frankish emperor Charles the Bald, with the expectation that a military alliance could be established to joint fight against Vikings. 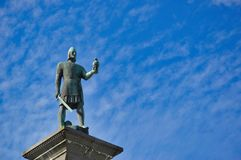 Who was Olaf? Olaf the White was the leader of Norwegians in Ireland. He was the son of a Norwegian warlord and came to Dublin in the year where Thorgest died. Vikings had a solid and strong foundation in Ireland, therefore they did not fear the attacks from native Irish. Irish had launched six attacks on Dublin, but all of them ended in failure. For Vikings, the real threat to them was from the inside.

Ivar the Boneless, the new Danish leader in Ireland 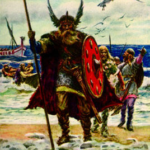 Who was Ivar? Ivar the Boneless was the leader of Danes in Ireland, a distant relative of Olaf the White, and the eldest son of Ragnar Lodbrok. When did Ivar arrived in Ireland was not clear. But under his leadership, the Danes were united and bound together. Ivar was the most mysterious one among Ragnar Lodbrok’s children. Regarding the meaning of his nickname “the Boneless”, there were different rumors among Vikings.

Some people thought that it was because he was born without bones but he had unparalleled superpowers; while some others believed that it was because there was only cartilages in his leg, he could not walk and thus had to be carried to the battlefield. But Vikings seemed unlikely to respect a handicapped man. And if he was really handicapped, it would be impossible for him to have a successful pirate career and live a long life. Therefore, he might just have double joints. This explanation seems more reasonable.

The agreement between Danes and Norwegians

Olaf and Ivar, two Viking leaders, both were not interested in Thorgest’s dream of conquering the whole Ireland. It was increasingly clear that, there were many places that Vikings could not conquer. Therefore, two leaders came to an agreement of sharing the kingship.

The development of Dublin

Since its founding in the year of 841, Dublin had been rapidly developing and became the busiest trading port in Viking world. Danish settlements in Limerick, Waterford, Wexford and Cork were also developing, but not as rapidly as Dublin. Dublin linked the commercial centers in Norway, England and the Frankish Empire, those Vikings wandering in North Atlantic Ocean often docked at the harbor of Dublin.