Whom is the name “Bluetooth” related to?

The name “Bluetooth” originates from Harald Bluetooth, a Viking king in the 10th century (apparently he is completely unrelated to modern technologies). However, it is said that his teeth turned dark blue and grey after he died. That is the origin of his nickname “Bluetooth”. As he unified Denmark and Norway, therefore the name “Bluetooth” was given the symbolic meaning of unification. And the Bluetooth logo we use today is actually the acronym of Harald Bluetooth, a combination of H (ᚼ in runic alphabets) and B.

Who is Harald? And why is Harald called “Bluetooth”? 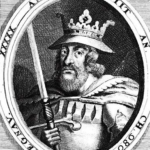 Harald was the second king of Jelling dynasty in Denmark. He unified the pirate groups in his kingdom, and formed a horrible force that made the world tremble. With this powerful force, he further expanded the territory of Denmark by conquering the whole Norway and part of Sweden. Born in 935 AD, Harald Blåtand Gormsen was a brave and battlewise Danish king. During his reign, he continued his foreign wars and unified the Nordic countries. It is rumored that Harald was very fond of blueberries, and people nicknamed him “the Blue-tooth king”. That was the origin of the word “bluetooth”.

Why was the name “Bluetooth” chosen?

In 1995, led by Ericsson and supported by Nokia, Toshiba, IBM and Intel, an industrial guild was founded to joint develop a technology for wireless transmission over short distances. When naming this technology, as Ericsson and Nokia, the two leading companies, are both from the Nordic Region, while Harald Bluetooth is also a symble of unification and link in traditional Nordic culture, therefore “Bluetooth” was finally chosen as the name of this pioneering new technology, and the industrial guild founded by participant companies is named Bluetooth SIG, which means the Bluetooth Special Interest Group. 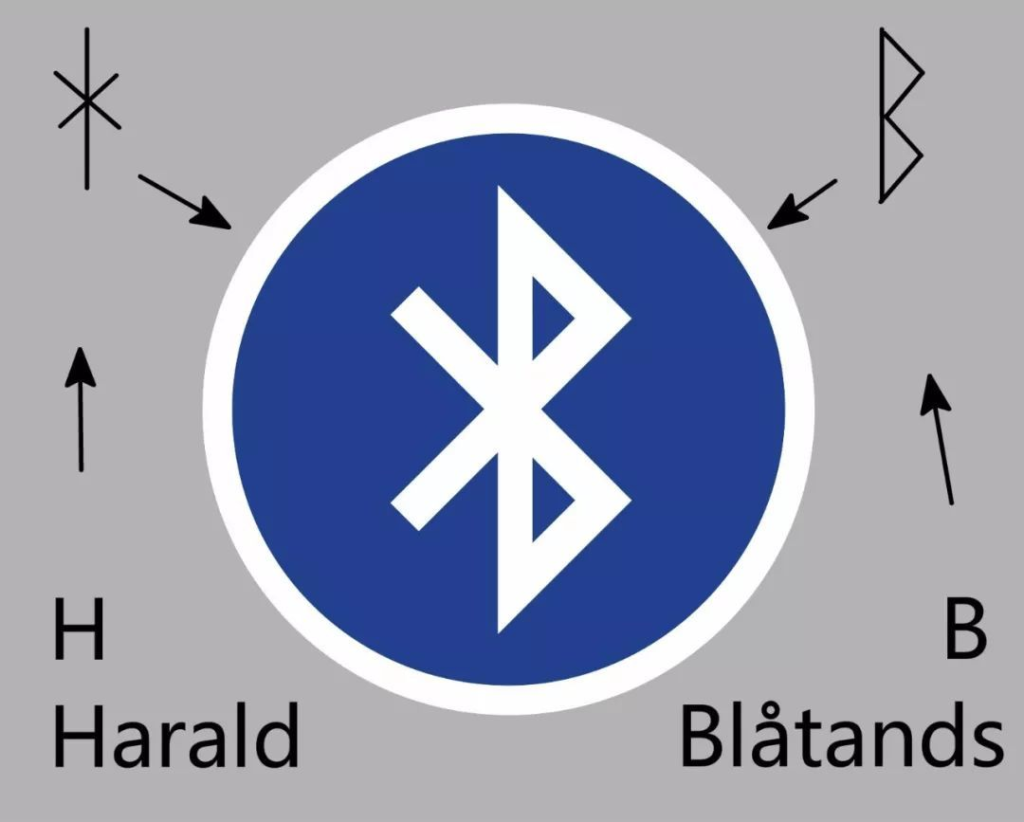 What did Harald do?

Militarily, Harald made Schleswig and islands around Juteland Peninsula his territories, and founded an unified Kingdom of Denmark. In 961, when there was a civil strife in Norway, he led his army to invade this neighboring country, defeated and killed the king of Norway Sigurd Haakonsson, and thus forced Norway into surrendering. This was the basis for the union between Denmark and Norways in the following centuries. During his reign, he deeply involved in piracy and intervened the succession of Dukedom of Normandy.

Culturally and religiously, Harald introduced Christianity into Denmark and made Danes Christians. When Harald succeeded to the throne, Christians were still in a minority in Denmark. A bishop named Poppo urged Harald to convert to Christianity. It is said, he told Harald that he could prove the power of God with a piece of heated iron. Harald ordered to put a piece of heated iron in his hand, but he was not scalded at all after a while. Being shocked by the power of God, Harald coverted to Christianity and received baptism. His people also followed him. Since then, Christianity has relaced the Norse paganism‎ and become dominant in Denmark.

In a word, speaking of the Bluetooth technology, you will find it known to everybody. But actually its name originates from the Viking king Harald. He was of both eloquence and sociability, and he unified Norway, Sweden and Denmark in his life. His pursuits and achievements in unification, just like the original purpose of Bluetooth.